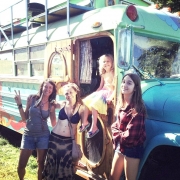 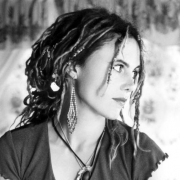 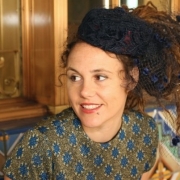 Sheila Nicholls has a battery-acid wit, a fierce fuck-off rebellious streak and a drop-dead gorgeous mug — which is to say she‘s a hell of a dame. But the singer-songwriter-pianist’s most appealing attribute is her deep intelligence. She proceeds thoughtfully, questioning her motivations, mapping out her goals. And then, when everything has been carefully laid out, she executes a perfect swan dive off a cliff, 100 feet into the waters of uncertainty.

This combination of deliberation and fearless abandon is evident on her newly released second album, Wake, on her own Essex Girl label distributed by Hollywood Records. The set had no less than four producers, including Nicholls and Glen Ballard of Alanis and No Doubt fame. Taking a year to record, the British-born Echo Park resident bounced between Los Angeles and London, fastidiously working and reworking the production until every minute detail was to her satisfaction. And yet, for all the sonic cartography, the result is risky pop with a high lyrical IQ that may scare away those who find self-examination too challenging.

Read the Rest from LA Weekly >>

From Essex To L.A., Sheila Nicholls Writes Piano Pop Like No Other (Essexgirl/Hollywood Records)
By Alex Steininger

She’s been a nanny and a waitress, all the while writing songs on her piano in her spare time. She moved from her hometown of Essex, England, against her family’s wishes, to pursue music, eventually landing in Los Angeles, home of the stars. Through it all she never gave up hope. And then one day someone saw her live, fell in love with her no-holds-confessional lyrics, coupled with beautifully crafted piano pop melodies bringing them to life, and she soon found herself signed to Hollywood Records with her own imprint Essex Girl Records, a rare accomplishment for an unknown.

Then again, Sheila Nicholls is a rare gem, the kind of songwriter who doesn’t come by very often. She can sing a ballad one moment, happy and relaxed, and vent her anger a few minutes later without second thought.

Read the Rest from InMusicWeTrust.com >>