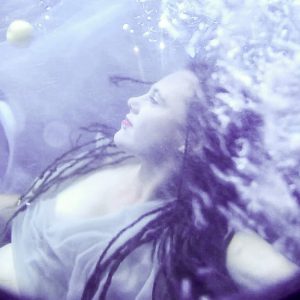 Sheila’s first brush with fame was when she streaked into public consciousness in an act of radical self exposure. Live at a Lords cricket match between England and Australia at the Ashes in 1989 she did naked cartwheels propelling herself onto the front pages of the tabloids in Britain and much of the commonwealth.

It was her first feminist action.

She was 19 and a few months later she went to stay with a friend in LA and didn’t go home. No one had even heard of A levels. Fantastic.

She has released three critically acclaimed albums: Brief Strop (1999), Wake (2002), and Songs From the Bardo (2009). In each album, smattered between songs of desire and yearning, are rousing feminist fantasies, testimonies to the failure of war, commentaries on the ridiculousness of worldwide chest-beating, anthems to the freedom gained if we just rewrote our collective mythology, and the personal eternal journey to rewrite one’s own.

Lyrically unique, she is propelled by a singular voice that is alternately confronting and magnetic The guardian has said ‘she sounds like a  cross between Liz Phair and Kate Bush’ while the LA weekly remarked ‘she has a battery acid wit, a fierce rebellious streak and is just plain seductive.’

Hollywood records distributed her first, and it made it to the US college Top Ten Billboard chart in 2000. The track ‘Fallen for you’ is featured in the film and on the soundtrack of High Fidelity.

Her second record ‘Wake’ was a studio album where she collaborated with a team including Glen Ballard, Jez Colin, Mike Elezondo, and Ozomatli. She toured extensively, opening for KD Lang, and playing her song ‘Faith,’ which hit the Billboard top 40, on the Tonight show with Jay Leno.

Her third, ‘Songs from the Bardo’ was a medley a few years in the making, after having a daughter– it was back to the home studio scene, self- written, played, engineered and produced, mostly.

Having moved thru the corporate music world and kept her integrity intact, Sheila has a new record:

“All of Nature- a collection of social commentary to music”

in which she connects what’s completely personal to what’s not limited in time at all, with the underlying premise that consciousness is itself a bigger crucible than matter.

In this self produced project, including co-writes with Michael Bernard Beckwith and Dave Stringer, she defies genre, as the record also dips into the literary arena, with each lyric being accompanied by an additional commentary and forum on her website.

She petitions us to quarry, contemplate, and take action to blow through the masks and the conditions behind the conditions. To expose ourselves to ourselves and solve all the world’s problems right now. Because actually it would be quite simple to do so.

For this task she conjured up a Superband calling upon the skills of Kaveh Rastegar— standup bass (with John Legend), Jebin Bruni— keys (with Meshell Ndegeocello), Chris Bruce on guitar (also Meshell Ndegeocello.), Danny Frankel on drums (with Fiona Apple), Gary Novak on drums (with Alanis Morrisette), Walt Fowler on trumpet (with James Taylor) and Mitch Forman on piano (with Wayne Shorter). Engineered by Pete Min, who has also recorded and mixed Meshell’s last two records.