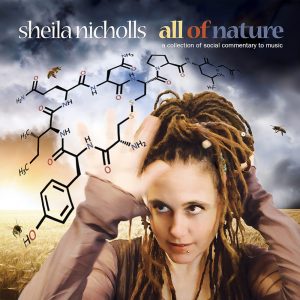 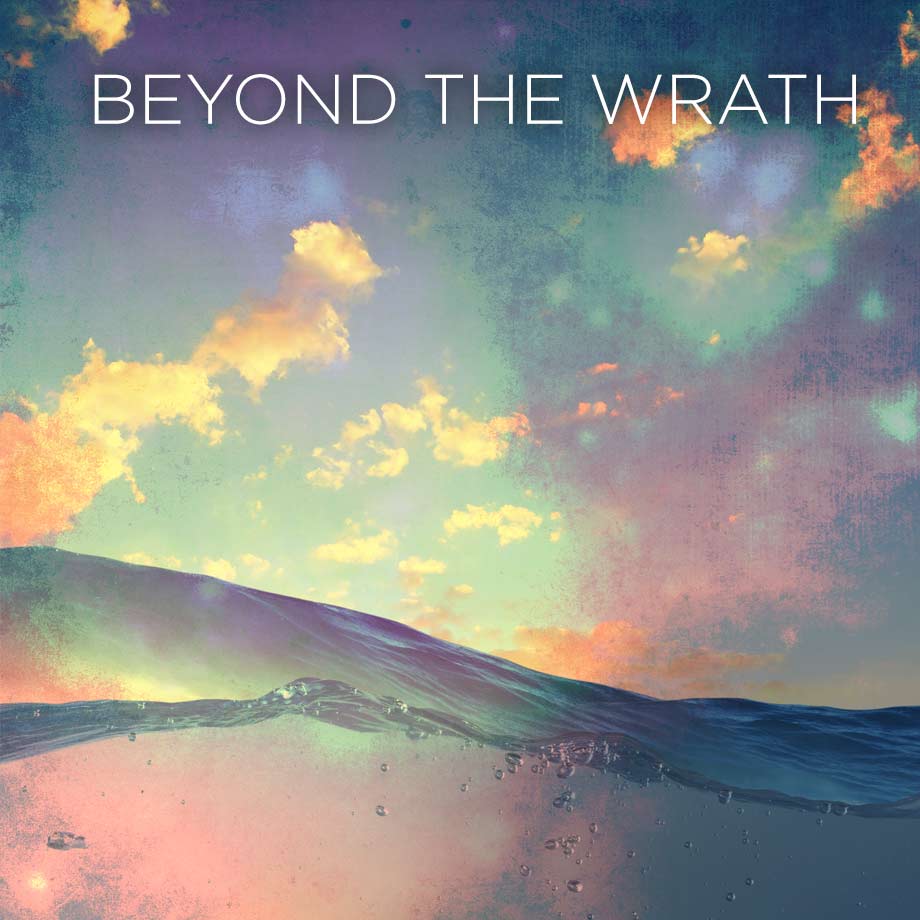 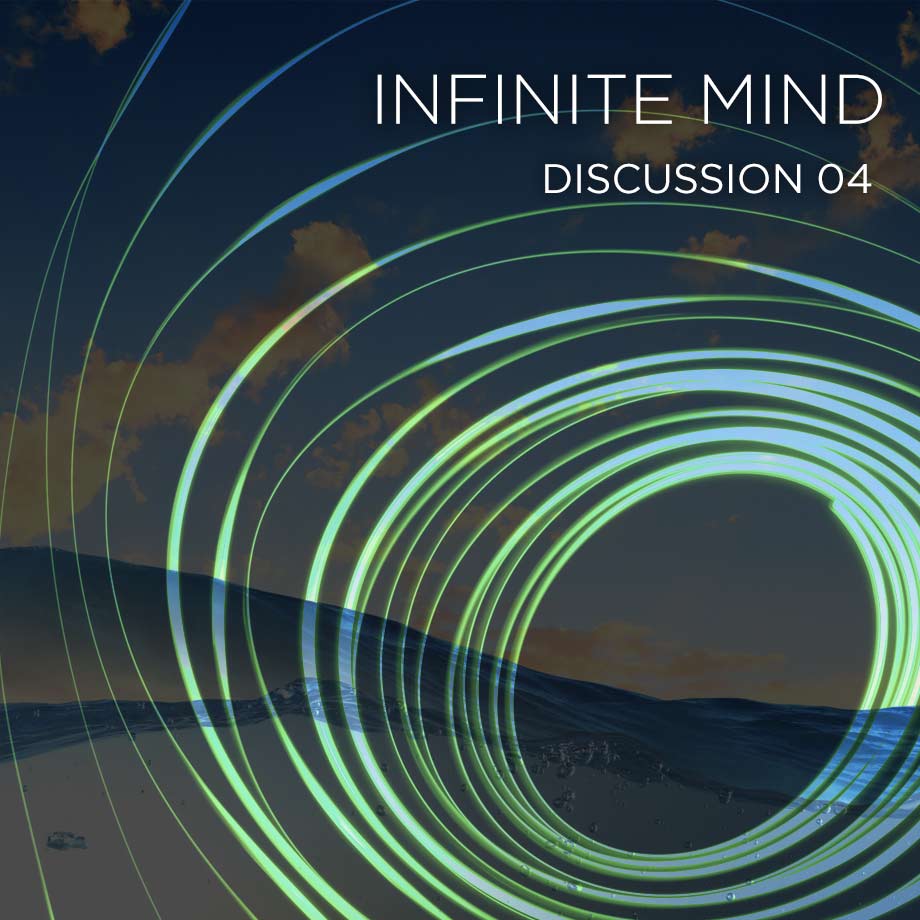 Its Monday, it’s week 4 for my new album ‘All of Nature’ roll out. The fourth track is an epic yoga rock mantra, Infinite mind, PLEASE SHARE, it helps so much, listen for free.

So …honestly I was pretty much an atheist for much of my life. Wanting there to be more but finding religious argument so anthropomorphic and utterly flawed.
The ridiculous concept of a wrathful god, the guilt of original sin, the co-dependence and lack of personal responsibility in the notion of a messiah… not to mention all the things done in the name of religion. But meditation changed my thought process. I began to have tangible experiences of the esoteric and realized that it was constantly available. Worry, guilt and mental pain all began to diminish as i created more and more dominion over my own mind. Being able to objectify your subjective, to watch your thought patterns, is a skill that opens one’s life up in an entirely new way. like discovering the infinite numbers between 5 and 6 or singing the infinite notes between F and G. You just have so many more options.

…and in steps a knowing, that the universe is infinite in all directions. sometimes, in meditation, conditions dissolve, time becomes irrelevant, and a personal evolution reveals itself. these are truly glorious moments. If we are to be the change in the world we must create a new way about us, a new paradigm. When we fight inside our own mind, we bring that reflection to our movements of social change. This can lead to more of the same divide and conquer that happens to so many social justice movements. For me i learned this when i spent two months living at Occupy LA. When we take responsibility to heal ourselves, forgive ourselves, we bring our wholeness to the table, and begin something truly new. We go beyond the chest-beating and become able to hold peaceful and compassionate space for ourselves and others. I truly think meditation, can bring us the perspective needed for each of us to dissolve the egoistical psychosis and pathologies that create the hierarchies and low intensity warfare that have become so normative. 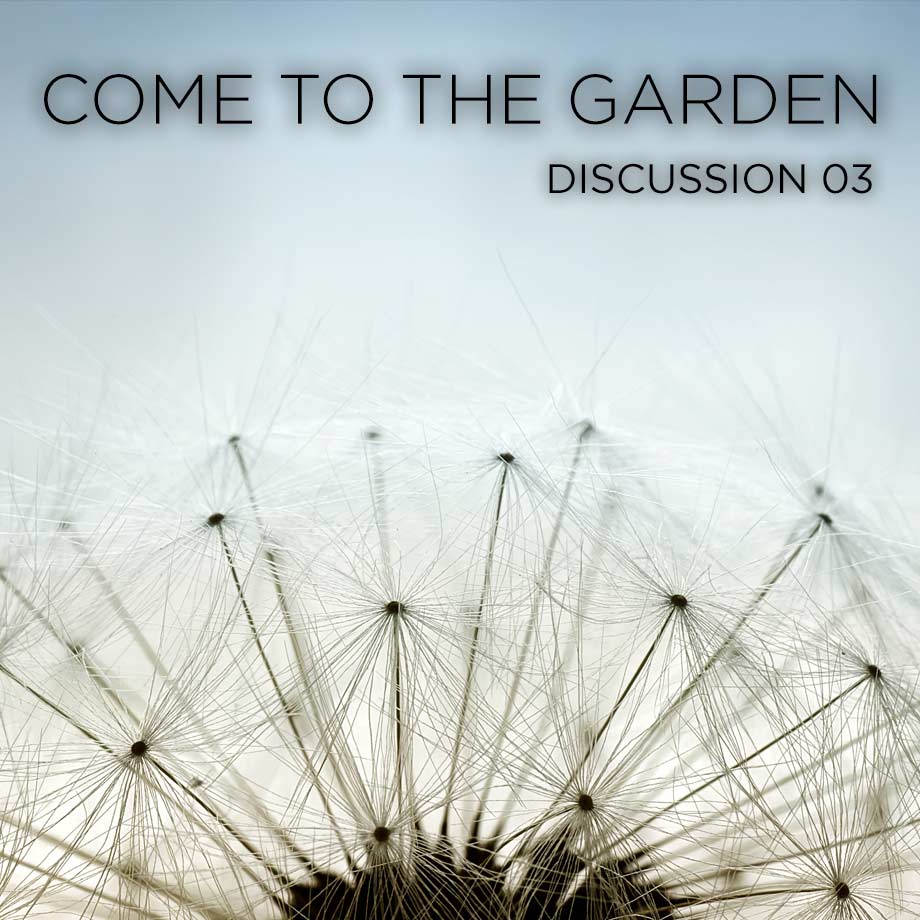 Come to the Garden

Buy Now
Lyrics
Do you meditate? if so how where, what does your practice look like?
Can you share your experiences on the benefits of meditation, short and long term.
How would the world be different if we taught our children the benefits of a meditative mind early on? 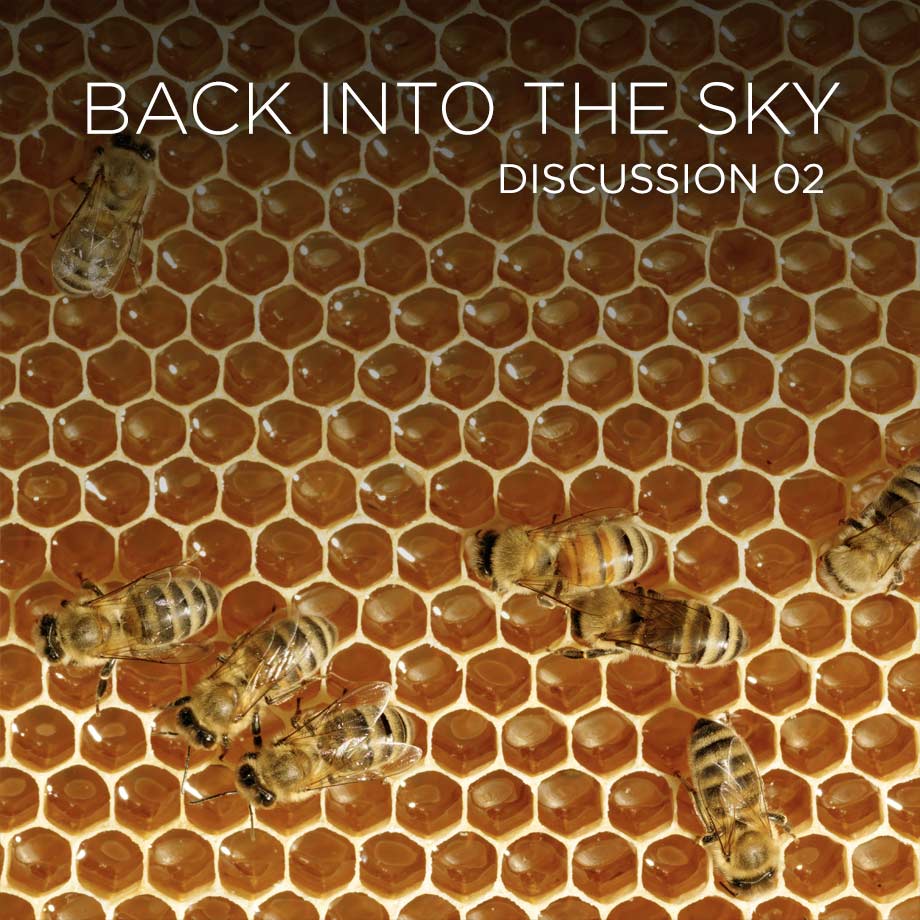 Back into the sky

I am so blessed to have had powerful sisters woven through the fabric of my life. Until I had my daughter I had been with no blood family in America for 17 years, only to say the women I have met throughout this journey are vital connections to me. We have a different relationship. Fluidly moving between the roles of daughter, mother and grandmother, as we share a freedom and kinship in these times, that has essentially been denied to us for thousands of years. Women, who like I believe in the community of sisterhood, the power of the feminine, and that ultimately our coming together will have a lot to do with whether our species thrives in the long run. One such amazing sister is Reirani, and in here lies the story of this song. I rarely co-write, but the majority of this lyric is from a Facebook entry she wrote after we were both at a festival listening to Deva Premal and Mitten. Some people feel the pain of the devastation of the earth more than others. I for one have always taken it very personally, because there is no separation, we are her and she us. I feel her as a living entity, which, as I have discovered along my travels, is not dissimilar to many native and indigenous traditions. As soon as I read my Maori sister’s words they felt so perfectly eloquent; giving voice to how so many of us feel about the gaudy and disgraceful way we continue to rape, molest and dominate our beautiful planet. I found myself immediately singing them and asked her permission to fashion them into a song.

For many years it was my truth that we had passed critical mass. That the exponential curves of destruction, population growth, carbon in the atmosphere coupled with the silly self indulgent political and corporate yak yak of whether human’s are responsible or not. And even tho I think this is still possibly the case, I have personally found a silver lining. As we as a species continue to get beyond the ramifications of the silly mythology that we are somehow the centre of the universe, and without suggesting I believe in little green men, I do think it is is extremely likely that life exists beyond our particular ball of mud in space.

Water has been discovered to be the true interplanetary traveler, and the understanding of habitable zones around stars. The images of billions of stars in our galaxy, the billions of galaxies in our expanding universe that the Hubble telescope has brought us, It is a logical and mathematical probability takes me there. If this is true of course our deep existential longing would be delusional.

Rape culture is real, how do you find healing, or do you?

Is there an end to ignorance and greed?

The dominant culture has done its best to annihilate indigenous wisdom, do you have a favorite indigenous teacher and/or teaching that has helped offer perspective and personal healing? Please share.

Is there a way for capitalism to evolve into a sustainable system? What does that look like? 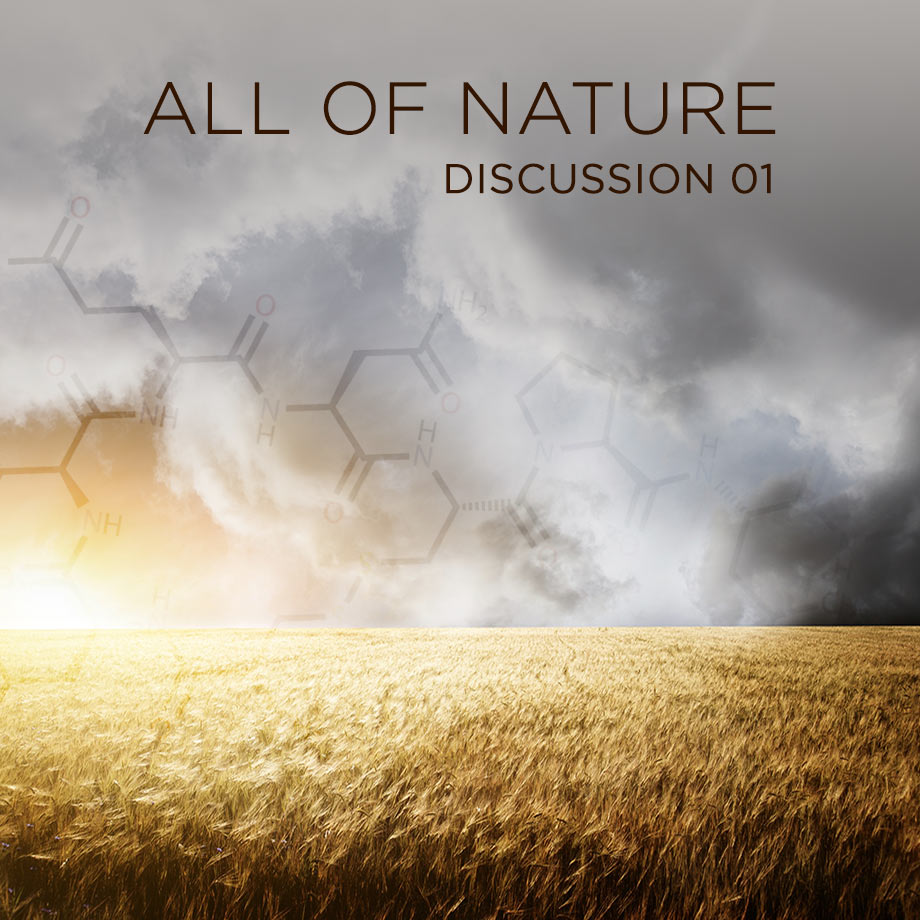 All of Nature Rollout

I need your help!  Please read on if you can ACTIVELY PARTICIPATE in helping me get my my new project out there!

Hi Everyone. As some of you may know I have just spent the last 3 years making a record. It has been an amazing process. Now it is time to release it. This is a very independent project and in lue of a marketing plan or budget, I need your help to get it out there. I am relying on word of mouth cos that’s what I gots!

Here’s my plan.  Every Monday starting in June 20th am going to release a new song on a bandcamp link that will be posted on my social media accounts and my website (sheilanicholls.com).

This will create a small period of time of exclusivity and focus.  A song a week will take 13 weeks since that’s how many tracks there are.

After that the record will be set free into the ether and available on itunes and the like.  Read More >>

The idea is to assemble a list of people that, each week, would be willing to share the post as far and wide as possible with their friends and friends friends, music sites/blogs or anywhere you see fit.  I am looking for you to reaching at least 100 people per song. Most of you have well over that amount of friends on FB so it shouldn’t be too difficult. Obviously the more the better.

Because this is a record called “All of Nature” – a collection of social commentary to music-….. a part of my intension is to encourage conversation around an accompanying paragraph or two, that poses a thought or a question that each lyric inspires. Each song has a corresponding forum on my website that will go live on my site, on each day of release where I encourage you to help me begin meaningful discussion and debate.

For your troubles, and I do so appreciate your help, I will send you a signed cd. (I know, so retro). It’s not much but I hope it will be enough, it will be a rare item. Making a living as an unsigned artist is a tricky thing . But if I can create an initial bump of traffic we might get something rolling. So I am asking my extended community for your love and support.

So if you are interested and would like to join me, please send me me a note to sheilanichollsmusic@gmail.com, with the subject heading “Viral Crew” and I will send you the ‘soundcloud’ link directly each week.

If you live outside the US I really want to hear from you, to get this beyond the beyond. The person I feel has committed the most time and/or created the most viral success will get a free house show anywhere within 100 miles of Los Angeles. If you are the winner and you live further away you will have to pay for my transportation and make sure I’ve got somewhere to sleep. But hey maaaan the show will be free.

Thank you all so much, I want this to be fun and light-hearted. In a hyper commercial world, I make art for the sake of making art and not profit, I can’t be attached to what happens when I put it out there, but I do think this is the best thing I’ve ever made and I would like to give it the best possible chance of reaching people that would appreciate it.

If you have questions please feel free to ask them here, they might inform others.

Thanks again friends. I look forward to hearing from you.
much love,
Sheila

I have come to the personal conclusion that ‘consciousness is a bigger crucible than matter’ what do you think about the statement?

What are your practices for moving through re-triggered trauma?
Is human nature malleable or static?
When you feel into the possibility and potential of humanity, what is your grandest vision?